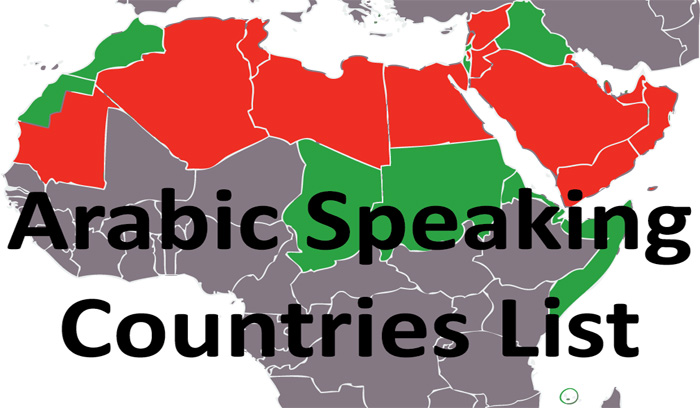 Brief Background on Arabic and the Arab World

As many as 420 million people around the world speak Arabic, making it the fifth most spoken language. The word “Arab” means “nomad”, which makes sense considering Arabic originated from nomadic tribes in the desert regions of the Arabian Peninsula. Arabic language evolved from Nabataean Aramaic script and has been used since the 4th century CE.  It is written from right to left, in a cursive style, and includes 28 letters similar to the English alphabet. Arabic belongs to the “Semitic” group of languages and is closely related to Hebrew and Aramaic.  It has been preserved since the 7th century CE through the Prophet Muhammad’s revelations recorded in the Qur’an. By the 8th Century CE, Arabic began spreading throughout the Middle East and North Africa as many people converted to Islam. All Muslims are obliged to use Arabic in prayer. Today, the Arab world is as region composed of countries in the Middle East and North Africa where Arabic is an official language. Arabic speaking countries are immensely diverse from one another in terms of their history, culture, politics, and spoken dialects.

In total, Arabic speaking countries have a collective GDP of $2.522 trillion. This is approximately 4% of Gross World Product (GWP). Many countries in the Arab world are considered emerging markets. The Arab world is most notable for petroleum production, specifically in the Middle East. Saudi Arabia produces the second most amount of oil in the world with Iraq, UAE, and Kuwait ranking 7, 8, and 11 respectively. Many of these countries economies’ solely depend on oil revenues.  In Qatar, the Arab country with the largest GDP growth (5.6%), petroleum accounts for more than 70% of total government revenue, more than 60% of gross domestic product, and roughly 85% of export earnings. However, petroleum is not the only industry in the Arab world. For example, Jordan does not have oil or other resources for energy production. Instead, services in Jordan account for more than 67% of GDP. The banking sector in Jordan is one of the strongest in the region. Arab Bank is one of the largest financial institutions in the Middle East and is headquartered in Jordan’s capital Amman. The Arab world is also diverse in regards to living standards. Qatar has one of the highest GDP per capita in the world at $127,700 where as Yemen has one of the lowest at $2,400.

There are a handful of Arabic speaking countries that either fall into the category of a Frontier market or are considered a Least Developed Country (LDC). Frontier markets typically have large market opportunities and high potential for rapid growth. On the other hand these markets are often much riskier than established markets and the lack of infrastructure can make doing business complicated. Arabic LDCs are Arabic speaking countries that show the lowest economic development. Countries like Syria torn by war actually experience contraction in their economy instead of growth and negative GDP as value flows out of the country. It’s important to note that even in these markets there are still some industries and products that do well and experience growth. The study of economics tells us that inferior goods are products that increase in demand as incomes decrease. Bus travel is an example of an inferior good that people turn as their incomes decrease. That said, even some expensive products see a growth in demand in these countries while the economy contracts.  For example Armored vehicles are in high demand in war torn Arab nations where safety is a primary concern.

Below is a list of 4 Arab countries that fall into this category.

The total estimated population of the Arab World is 419 million people (2018). This region stretches from Morocco in Northern Africa to Dubai in the Persian Gulf. Egypt is the most populous country and Bahrain is the least populous country in the region. Many countries in this region have very high population growth rates. For example, Oman and Qatar have the highest population growth rates in the world at 9.2% and 5.6% respectively. Approximately 90% of people in the Arab world identify as Muslim, while 6% are Christian and 4% make up other various religions. The majority of people in this region are ethnically Arab but other major ethnic groups include Berber and Kurdish. Below is the complete Arabic Speaking Countries list sorted by population:

Many countries also list Arabic as a Co-official language or have sizable Arabic speaking communities. However, Arabic is a minority language in all of these countries. For example, Chad has two official languages, French and MSA Arabic, as well as over 120 indigenous languages.

There are three forms of Arabic: Modern Standard Arabic (MSA), Qur’anic Arabic / Classical Arabic, and Colloquial Arabic. MSA is the official modern language of the Arab world and is derived from the Qur’an. MSA is widely taught in schools and universities throughout Arab speaking countries. It is also used to varying degrees in workplaces, government, and the media throughout the Arab World. Population Analysis of the Arabic Languages